Earlier, we talked about the advantages of using video for advertising purposes compared to images. Today we’ll talk about which sites are the most productive for this format. Recent studies by Smaato and Litoff have shown that video ads work best in mobile applications. 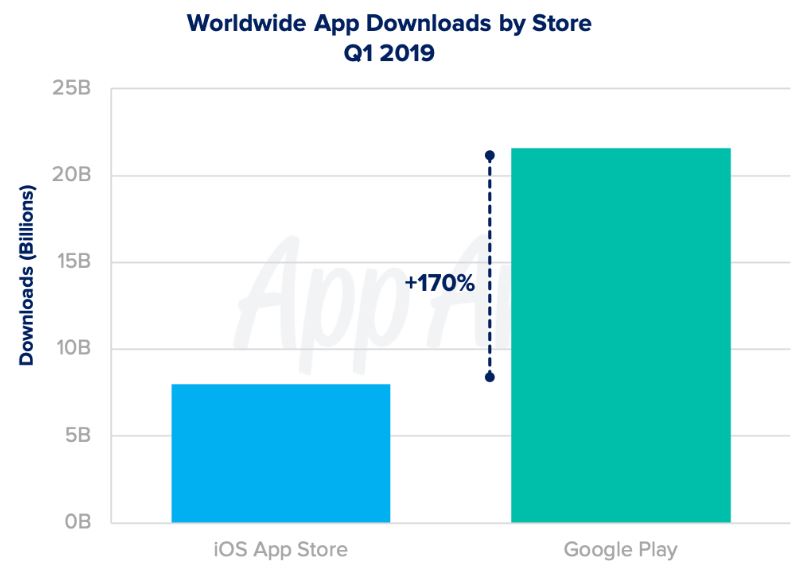 Key messages from the Engagement and Conversion Report in App 2019

Smaato, a publisher of mobile app advertising, uses a massive dataset from Litoff, a mobile app retargeting platform published in the first quarter of 2019 for published statistics. For statistics, a total of 80 trillion ad impressions with 33 million installations were estimated. Smaato divides display ads into 3 classic types of advertising (banner, native and interstitial) and video ads into 4 (rewarded, interim, external and inbound video ads).

The following indicators were used for the design:

According to Statista we see a trend towards an increase in the number of downloads and monetization. In 2018, consumers downloaded 178.1 billion mobile apps to their connected devices. In 2018, global mobile app revenues amounted to over 365 billion U.S. dollars. 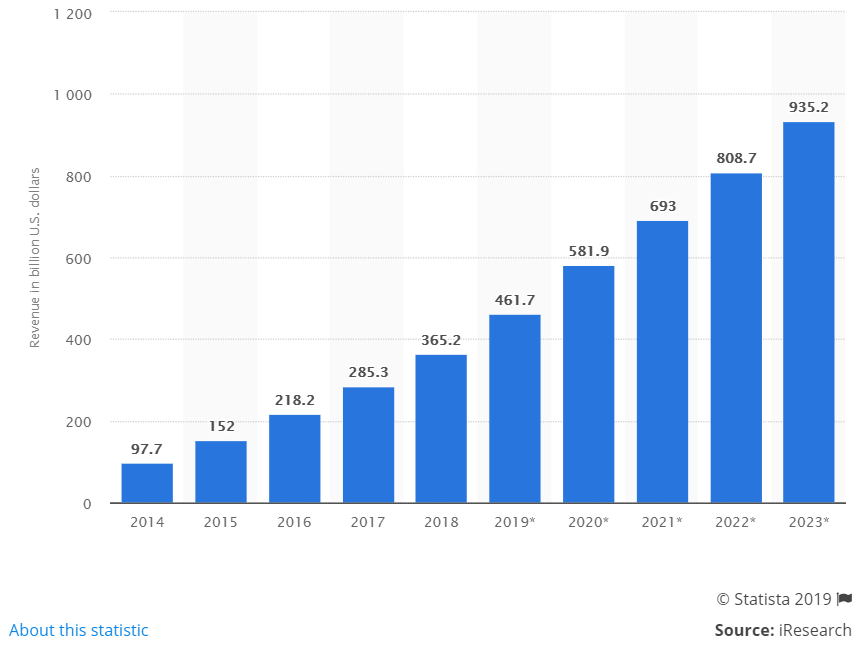 - The most unobtrusive form in which the banner is firmly embedded in the upper or lower half of the screen.

- A correctly executed ad should be both informative and visually adapt to its environment. Since ads fit thematically into the application, users feel less concerned about the ads, and their perception, as well as interest, is usually greater.

- The most attractive, but also the most intrusive type of advertising, where advertising fills the screen for a while. This often happens when you start the application or during the transition.

Promotional videos are especially effective and very positively perceived by users. They are divided into statistics into 4 advertising formats with various implementation options.

The user receives a reward for watching an advertising video, often with a bonus to the game itself, such as an extra life or useful object.

- The promotional video will be displayed in full screen between transitions and can be closed after 5, 15 or 20 seconds.

- Outstream video ads are implemented in the natural environment of the application and are played automatically as soon as the user goes through them.

- Since the application has its own video player, the promotional video will be played directly in it. This can be displayed before (before the video), during (in the middle of the video) or after (after the video) the real video.

A direct comparison of the two display ad formats and video ads shows that video is significantly more expensive, but also has a CTR of 7.5 times higher.

By comparing the performance of the two Google Play and iOS operating systems, it becomes clear that the cost and conversion rate for iOS is significantly higher in all advertising forms than in Android. 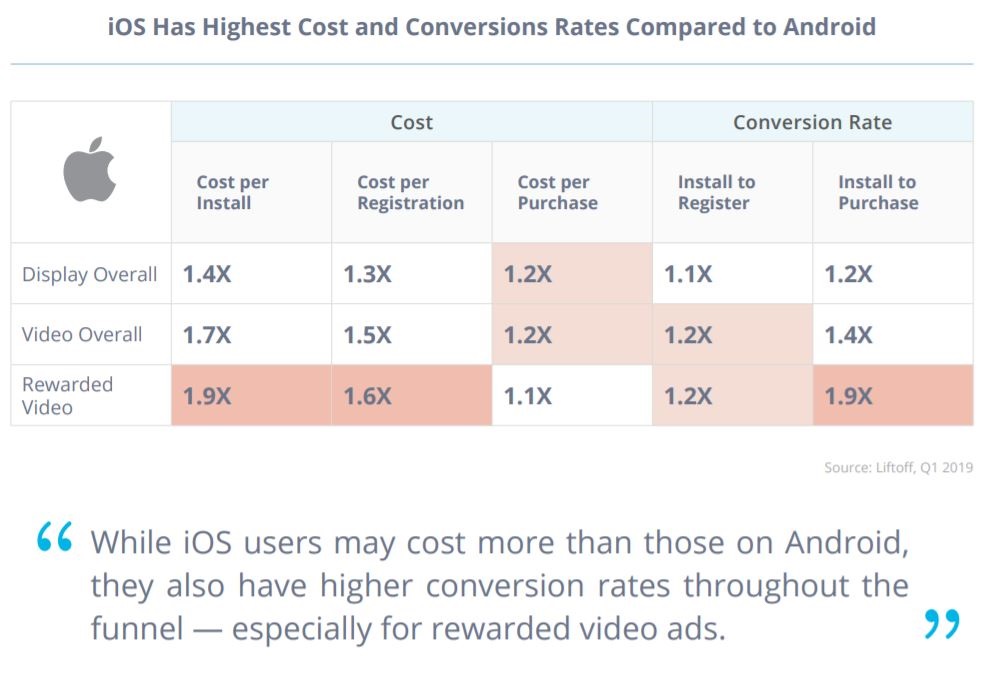 When it comes to attracting users and attracting new customers, video advertising is the first choice, as it promises a high return on investment in terms of clicks and conversions.

If you want to increase your reach, you can work with cheaper display ads, such as banners.

1. Smooth transition from advertising to the landing page

The landing page should present to the user what the advertisement promises, and not on any thematically unsuitable page or even another product. For example, if this video is about a product, then clicking on the video should lead to this product, and not to a similar or well-meaning completely different one.

2. Attractive advertising that can be understood immediately

When creating ads, you should pay attention to size, since advertising on mobile devices is very small. This means that, despite the small size, everything should be clearly recognizable. In addition, the meaning of advertising should be understood directly. It is advisable that after 3 seconds the user understands what is at stake. Since many videos play without sound, the focus should not be on the audio file, but on the visual implementation.

Although video formats are the most successful, for large campaigns you should use a combination of display and video ads.

Review all the available data and find out where and with whom the interaction is most effective. This can be done by gender, age, demography, or even language.

Thank you! Your message has been sent successfully.